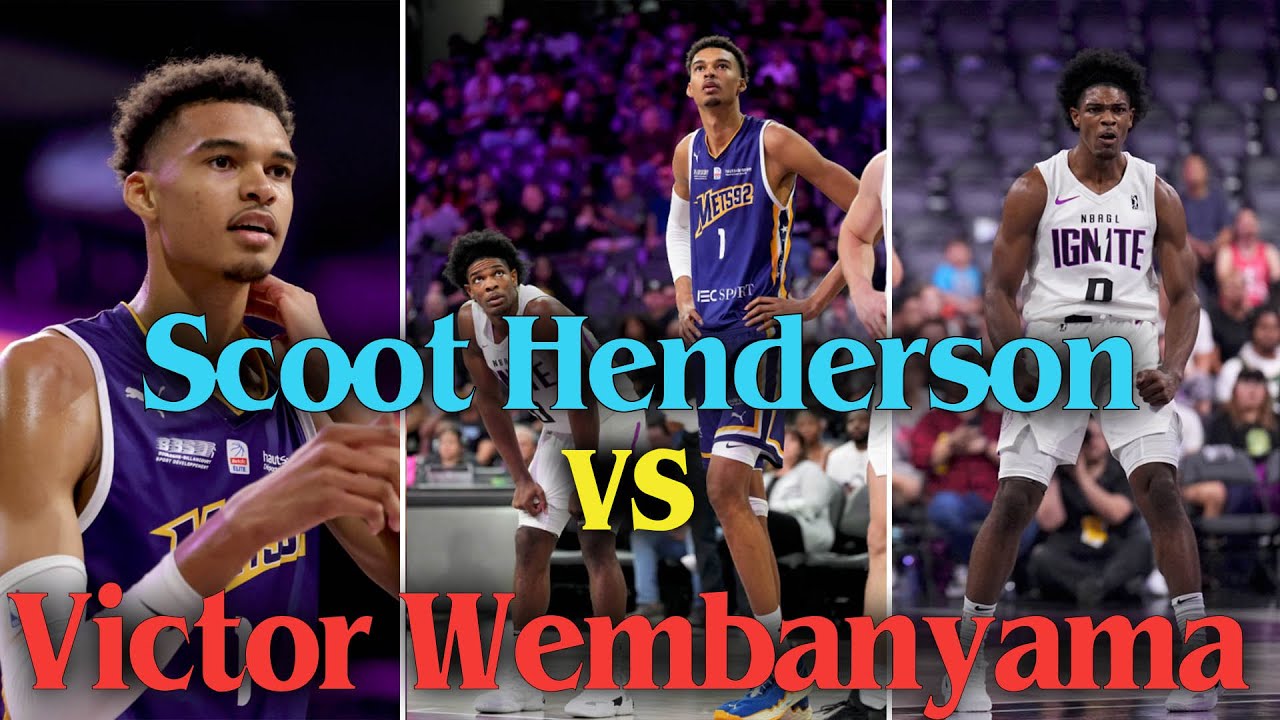 what’s up good people. Your watching Around The Association and let me just start by saying the future of the NBA is in a good place.

2 young talents were on display last night and I’m not talking about the NBA pre season.

I’m talking about the projected first 2 picks of the 2023 NBA Draft. Victor Wembanyama and Scoot Henderson.

Now This game was hyped in a way few G-League vs International team games will ever be hyped.

Scoot and Victor both far exceeded the hype.

Scoot Henderson definitely got that Dog in him. He’s highly intelligent with a basketball IQ beyond his years. he routinely made plays that were difficult seem effortless.

Henderson has dazzling speed and world class athleticism that pairs great with his physical build and strength allowing him to finish routinely through contact. His vision also allows him find open teammates yet he can also pass teammates into an open spot.

He’s already a really efficient shotmaker from all 3 levels. For those of you that has been following the NBA longer than 5 years, he reminds you of a cross between Derrick Rose and Gilbert Arenas.

Henderson is only 18 years old and I can’t wait to see his improvement as the game slows down for him even more.

Listen to Scoot Henderson speak before the game about the magnitude of his matchup with Victor.

Next up is Victor Wembanyama

Victor is over 7 foot 4 inches tall with a 8 foot wingspan. He also has a versatility and lateral agility of players 8 to 10 inches shorter.

His shot is like butter from the outside, and good look finding anyone that can effectively challenge his shot at that height. He’s very comfortable handling the ball in front of smaller players and gets low in order to feel the defenders body when attacking the basket.

Defensively he’s a safety valve. He covers sections on the floor, and is a human fly swatter at the rim but is equally effective at blocking shots on the perimeter. He’ll again need to up his condition to chase smaller players on the perimeter and through screens, while adding strength to hold his on defensively on bigs. It’s not a stretch to say one day he will be able to easily play 1-5 on both ends at very high level.

There are really no comps for what Victor Wembanyama has the ability to become on both ends at the NBA level. I guess the closest thing is if Kevin Durant had another 5 to 6 inches on em offensively.

Listen to the glowing comments Wembanyama had regarding Scoot’s ability.

LeBron James & Russell Westbrook SNAP On Lakers Reporters After Loss To Blazers “WHAT YOU MEAN!”

Skip Bayless GOES IN On LeBron After Jerami Grant Scores Game Winner On Him!