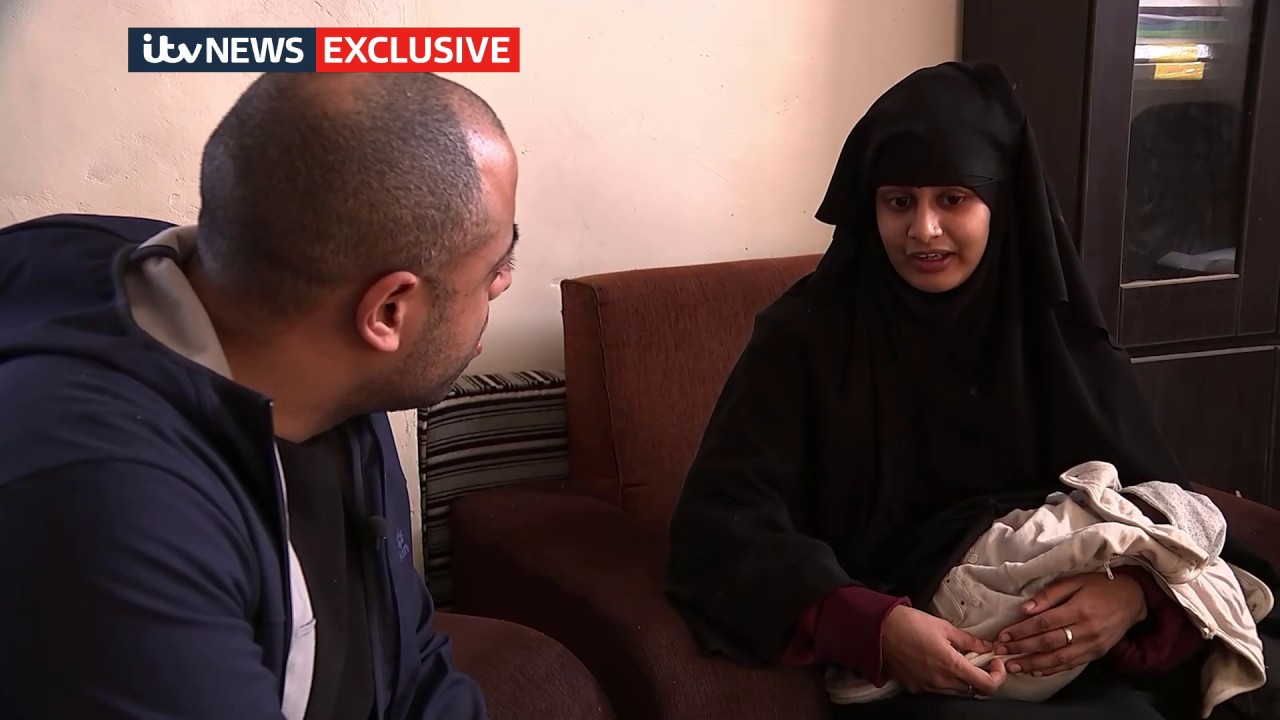 Shamima Begum said losing UK citizenship is “hard to swallow” as ITV News told her of the Home Office decision.

“I’m a bit shocked. It’s a bit unjust on me and my son,” the IS bride said as ITV News Security Editor Rohit Kachroo handed her a copy of the letter at the Syria refugee camp where she is being held.

She addressed her decision to ignore her family’s pleas to come home after fleeing to join so-called Islamic State with two Bethnal Green school friends in 2015.

She said she believed her family had “got over” her decision to leave London but accepted she had caused them anguish.

Ms Begum also has a message for Home Secretary Sajid Javid and said she may pursue citizenship through her Dutch husband, who she married as an Islamic State bride while he was fighting in Syria.