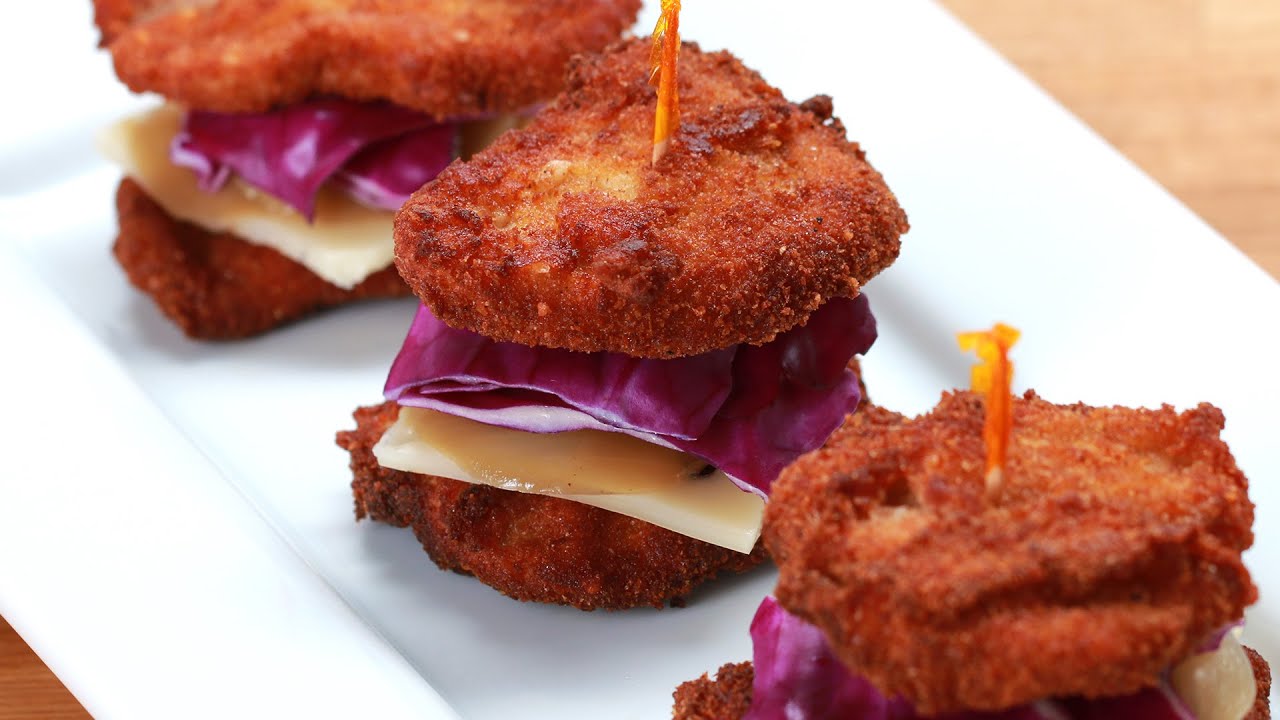 Get the recipe here!

2. Mix flour, salt, and pepper in one bowl. Whisk 2 eggs in another bowl. Pour bread crumbs in the third bowl.

3. Dredge each cutlet in the flour mix, then egg mix, them breadcrumbs.

4. Heat up cooking oil in a large pan. Fry the cutlets until they are golden brown, then set cutlets on a paper towel to remove excess grease.

5. Melt butter in a skillet over medium heat. Add sliced onions and cook until starting to brown. Pour beer and stir occasionally. When the liquid is gone, the onions are ready.