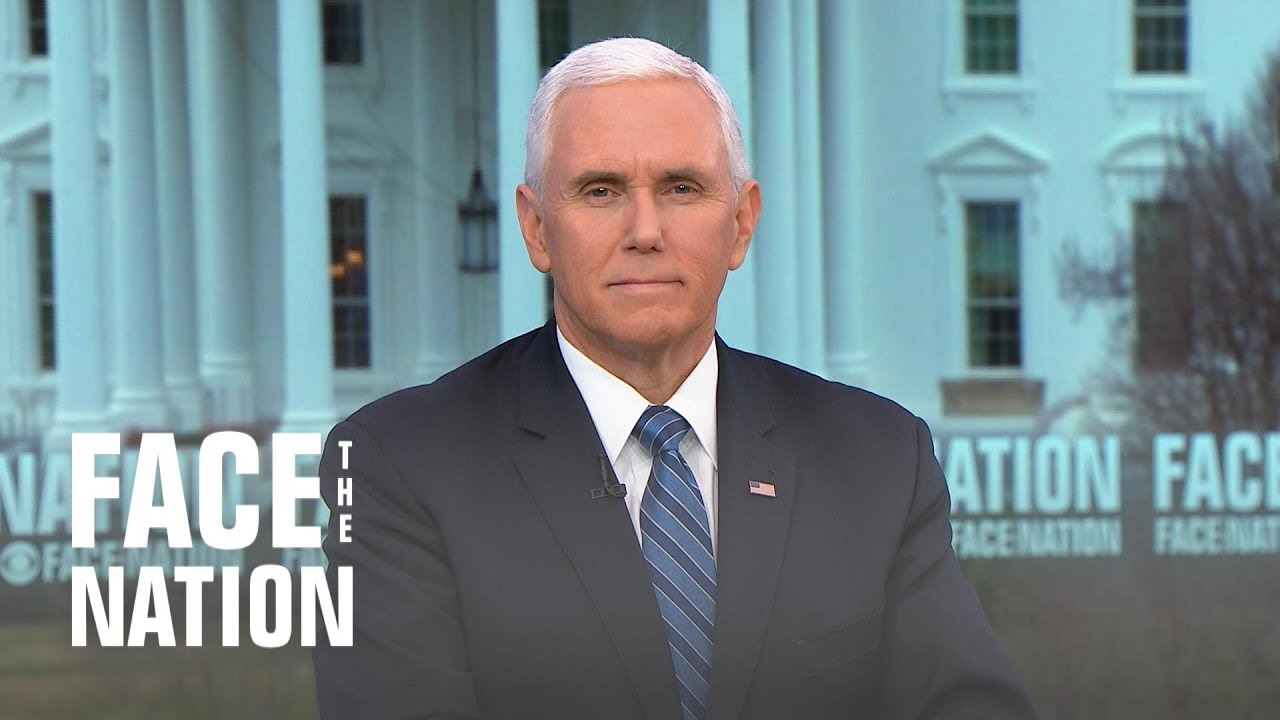 Vice President Mike Pence says President Trump’s latest offer is an effort to compromise, and the president would be willing to negotiate once the legislative process starts on Tuesday.

Get the latest news and best in original reporting from CBS News delivered to your inbox. Subscribe to newsletters HERE: cbsn.ws/1RqHw7T

Get your news on the go! Download CBS News mobile apps HERE: cbsn.ws/1Xb1WC8

Get new episodes of shows you love across devices the next day, stream local news live, and watch full seasons of CBS fan favorites anytime, anywhere with CBS All Access. Try it free! bit.ly/1OQA29B

—
“Face the Nation” is America’s premier Sunday morning public affairs program. The broadcast is one of the longest-running news programs in the history of television, having debuted November 7, 1954 on CBS. Every Sunday, “Face the Nation” moderator and CBS News senior foreign affairs correspondent Margaret Brennan welcomes leaders, newsmakers, and experts to a lively round table discussion of current events and the latest news.