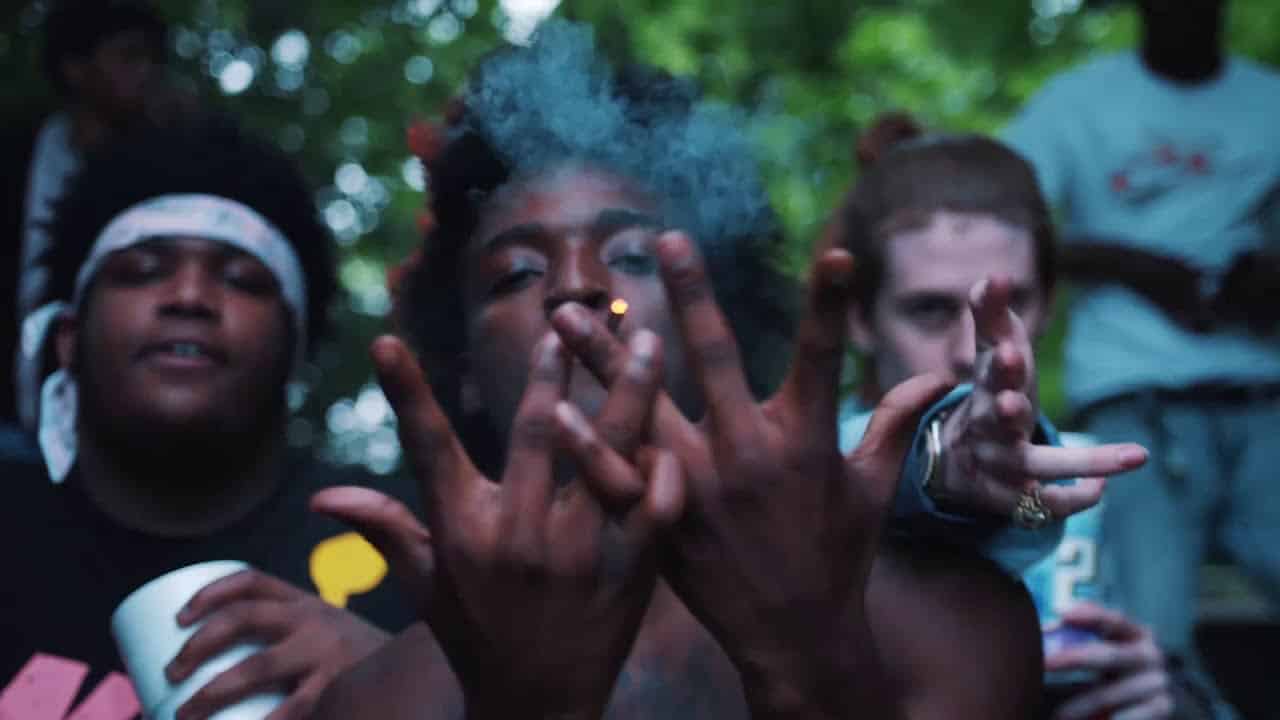 You are now watching the official video for “Ben10” by Dubbo, available worldwide via Babygrande Records. Video directed by Kade Fresco. Track produced by The Bird House.

The raucous Bird-produced record is an apt microcosm for Dubbo’s aesthetic: it’s menacing, ominous, assertive — and it’s incredibly infectious. On “Ben10,” Dubbo personifies the eerie, booming instrumental by delivering a barrage of haunting bars that take the listener down the precarious path of his everyday life. Dubbo is well-versed in the trappings of the trenches.

Commencing with a quickly-escalating altercation, the “Ben10” video’s hostile opening sequence immediately sets the chilling tone that Dubbo and his crew are not to be trifled with. Amid the billowing weed smoke, they raise their sticks with pride, perpetually have a clip on deck, and shatter car windows without a second thought. It is wise to tread lightly when around them. Draped in the arms of his friends and collaborators, Dubbo parts the seas of this ensemble cast with his compelling bravado and presence. But despite being the crew’s leader, Dubbo enlists his brothers’ assistance to reach the musical summit; in numbers, there’s always strength.

In tandem with Double O Records, Babygrande has also signed “Ben10” producer Zack Ingraham (PKA Bird), and his production team and studio footprint, The Bird House. Not only is Bird Dubbo’s lead sonic architect, his The Bird House operation is a multifaceted music hub that will supplement Double O Records’ potential through its studio capabilities, artist development arm, and more.

ABOUT BABYGRANDE RECORDS
Established in 2001, Babygrande Records is one of the premier independent labels operating today. The New York-based label has maintained its unique perspective within the industry, prospering during the most volatile period in the history of recorded music and beyond. The label has been influential in launching the careers of new artists while at the same time working to nurture the careers of seasoned veterans.