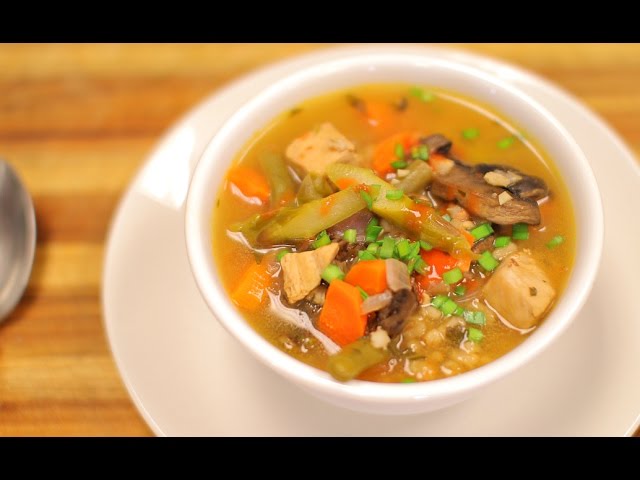 Chicken Barley Soup has got to be one of my top 5 soup recipes of all times. I learned how to make barley soup in my teens when I used to work in a restaurant called 99’s in New England. The Head Chef would always make an incredible Beef Barley soup as the soup of the day when ever we had left over prime rib from the previous nights closing. The first time I tried his Barley soup I was hooked on this grain as a soup ingredient. I made sure I watched him cook this delicious soup and helped him with the prep until I could make the same exact recipe at home for myself. Many years have passed and I have made dozens of different variations of barley soups through out the years since. This is a great recipe to try as part of your meal prep, or to include in your arsenal of dinner recipes. For sure a must try if you have not already.