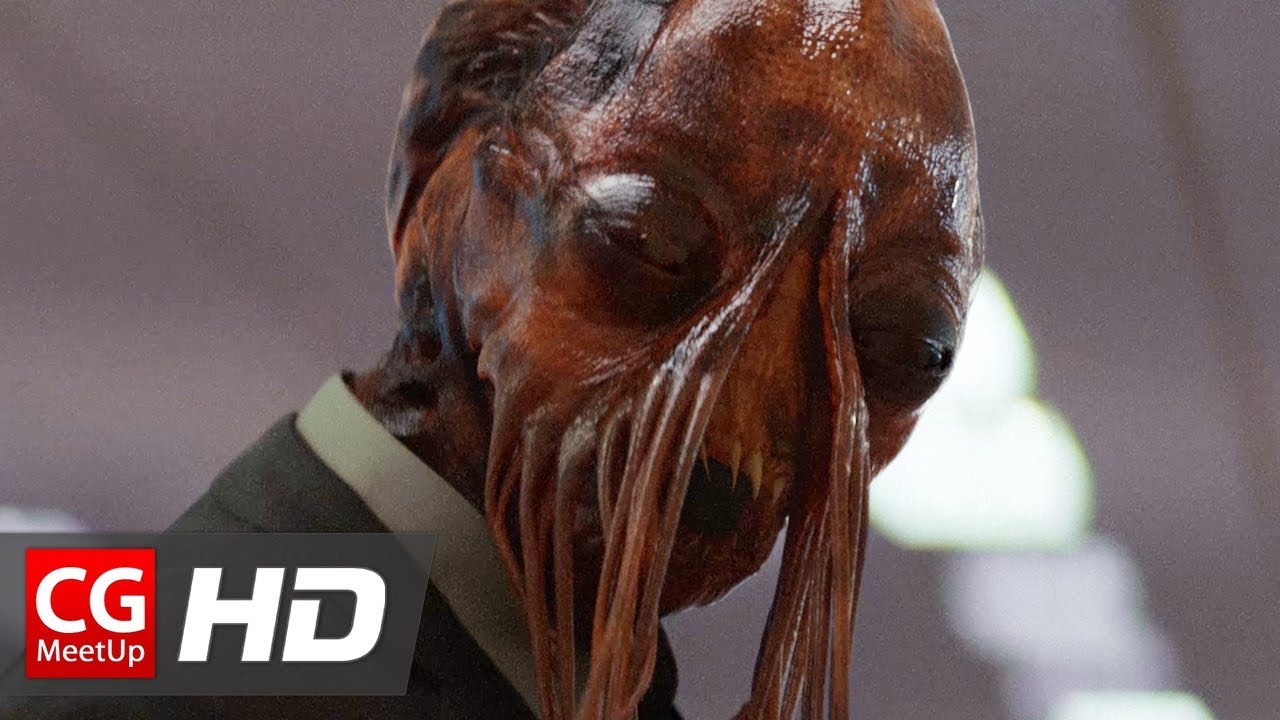 Corporate Monster is a new sci fi/horror short starring Jenna Coleman (Doctor Who, Victoria) and Kett Turton (iZombie, Wrath of the Titans) that takes inspiration from 1970s paranoia thrillers like Invasion of the Body Snatchers, and John Carpenter’s They Live among others. The film was the result of a solid year of visual effects work (mostly by myself, with a little help from some good friends!) to create some disgusting slimy creature effects. I created the effects in 3ds max and comped the entire film in after effects. The effects were rendered almost entirely on GPU (Vray next GPU, courtesy of ChaosGroup) and I got some help from a couple of amazing friends (John O’Connell who works in ILM now) Ilya Astrakhan modeled the creature from my design, Paul Hormis rigged the creatures, and Allan McKay helped me with a couple of more elaborate shots using Thinking Particles.

CORPORATE MONSTER:
After being phased out of his job, a dangerously unstable man’s life spirals out of control when the prescription pills he takes start to have a side effect: they allow him to see the parasitic beings that have long been puppeteering our world from the shadows.
Starring Jenna Coleman and Kett Turton.
Directed by Ruairi Robinson.
Screenplay by Ruairi Robinson & Eoin Rogers
Produced by Nick Ryan
Executive Producers: Jay Douglas, Jessica Rudzewicz & Ruairi Robinson
Cinematography: Macgregor
Music by Steve Moore
Production design: Marie Lanna
Sound design: Brandon Jones
Visual Effects by The Kaiju Meat Company
Associate Producer Anthony Tai
Made in association with FÍS ÉIREANN/SCREEN IRELAND and REBELLION STUDIOS

WANT TO GET FEATURED?
All CGI artists, studios or schools who would like their work featured or
published on CGMeetup please apply below. We’re looking for short films, commercial spots, breakdowns, showreels etc.
Submit here → www.cgmeetup.com/gallery
Contact us here → info@cgmeetup.com or info@cgmeetup.net