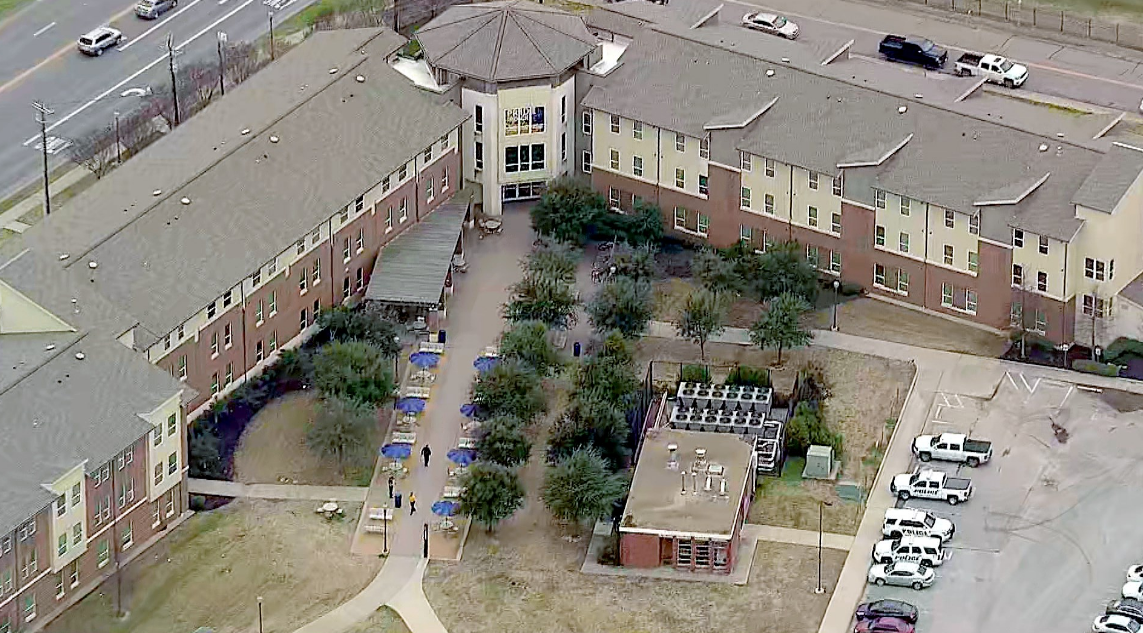 According to NBC:
Two people were killed and another injured in a shooting at a residence hall at Texas A&M University-Commerce on Monday.

Students and staff members on campus were initially asked to shelter in place as a “precautionary measure” as university police investigated the shooting at Pride Rock Residence Hall. The order was lifted after about an hour, but the residence hall remained blocked off, campus police said.

Another person was transported to a hospital, according to campus police. The third victim’s condition is unclear.