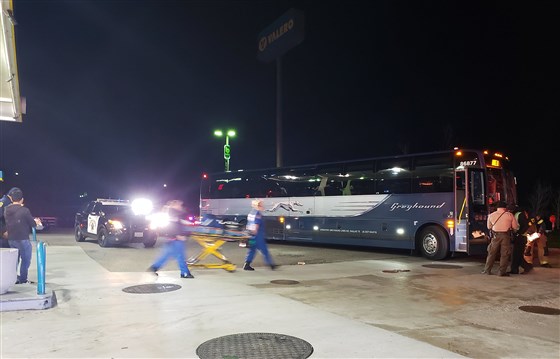 ACCORDING TO NBC NEWS:

One person was killed and five others were wounded in a shooting on a Greyhound bus traveling from Los Angeles to the Bay Area early Monday, officials said.

An unidentified man was taken into custody, according to California Highway Patrol communications supervisor Steve Loftus. Investigators have not determined a motive.

Police began getting calls from passengers on the bus, traveling on Interstate 5, at about 1:30 a.m. local time, Loftus said. The bus had left Los Angeles about an hour earlier, headed to the San Francisco-Oakland area with 43 people on board, including the driver.

Most Expensive Items Ever Seen On Pawn Stars